At this point everything got a little crazy.  Team members found each other and hurriedly opened their team clues.  Hostile glares were exchanged between the three Districts.  Mouths salivated for blood (ok, perhaps the narrative is getting a tad dramatic…).

The clues instructed the Districts to race to the porch, where there would be a pink, green, and blue egg hidden amongst the 4 hanging flower baskets.  It was advised that the ideal color to find would be blue.  RUN! 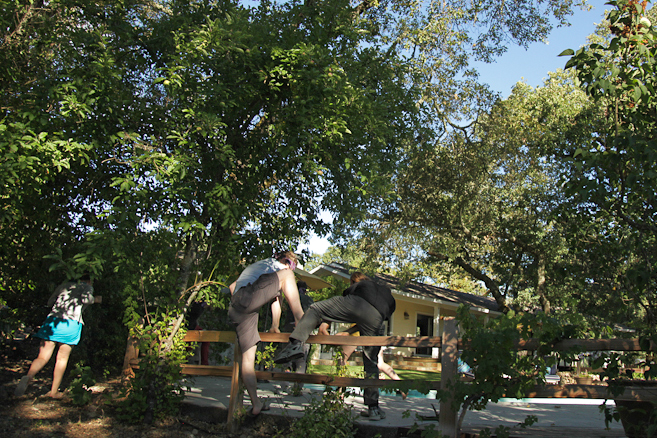 All Districts having a different-colored egg in their possession, the contents revealed instructions to race to the bottom of the yard, where there would be a wheelbarrow full of HUNDREDS of eggs of various colors.  Their next clue would be in the egg of the color they now held.  Naturally, there were the fewest blue eggs…and oh, the poor team with the pink egg—how they suffered!

Frantic scramble through the eggs! 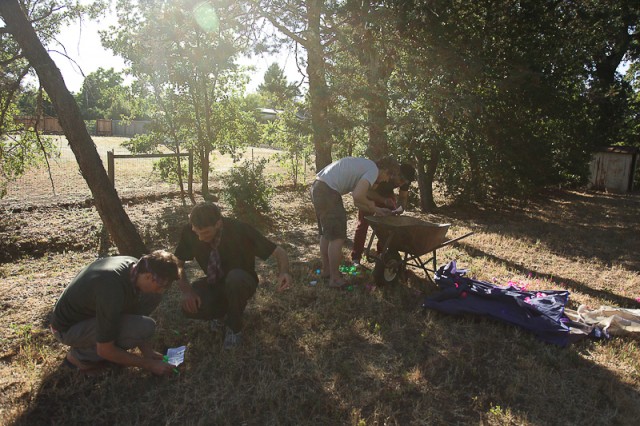 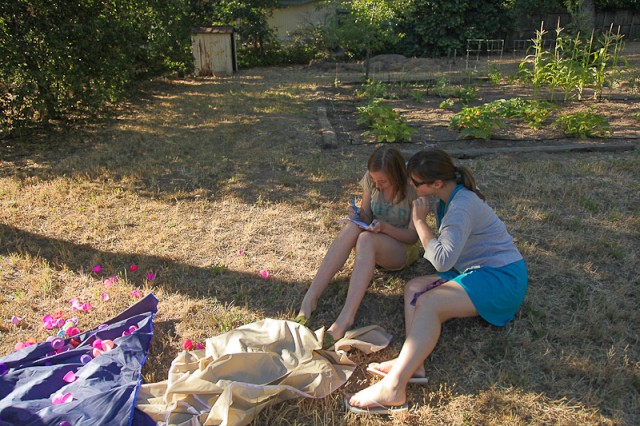 Inside the clue egg was a crossword, and when all the words were found the only remaining letters spelled out…. 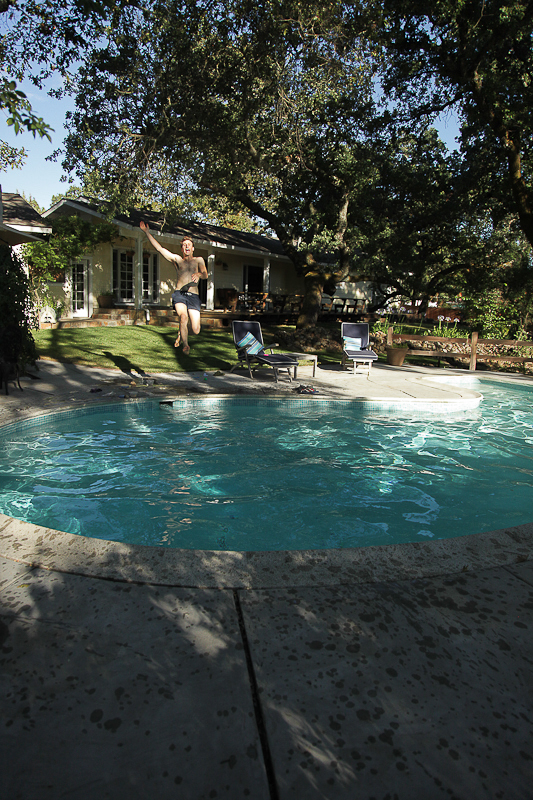 District clues were labelled in large numbers 1, 2, or 3 and were lying at the bottom of the pool.  Weeee!

Clue inside read:
Return to the Cornucopia.  Dig deeper.