Anywho, so last summer Emily and I were having a little vacation at my mom’s house, with some time on our hands before other friends joined us. Having just devoured The Hunger Games, we decided to create a themed Hunger Games treasure hunt!  It started out quite small and simple, and as we got more and more excited (and admittedly a tad hysterical), it eventually grew into something rather immense.

The clues were of ALL types, and were hidden all over the house, yard, and even outside in the streets.  We went all out and found a cool chest at the thrift store and added a gold Mockingjay design. Geekout.

It was so extensive I had to turn this into multiple pages, and I even had to omit about half the clues. The first part starts out slow, and is not-yet Hunger Games-y…that part comes later! 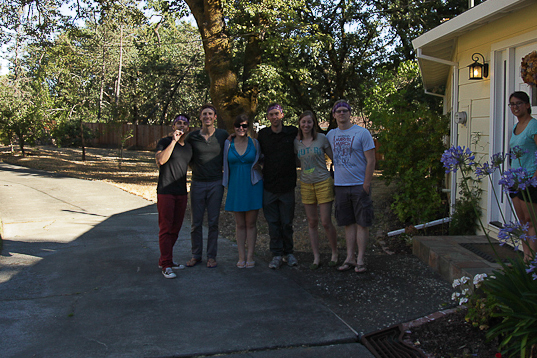 The hunters—this early on, rather naive of their bloodthirsty fate! 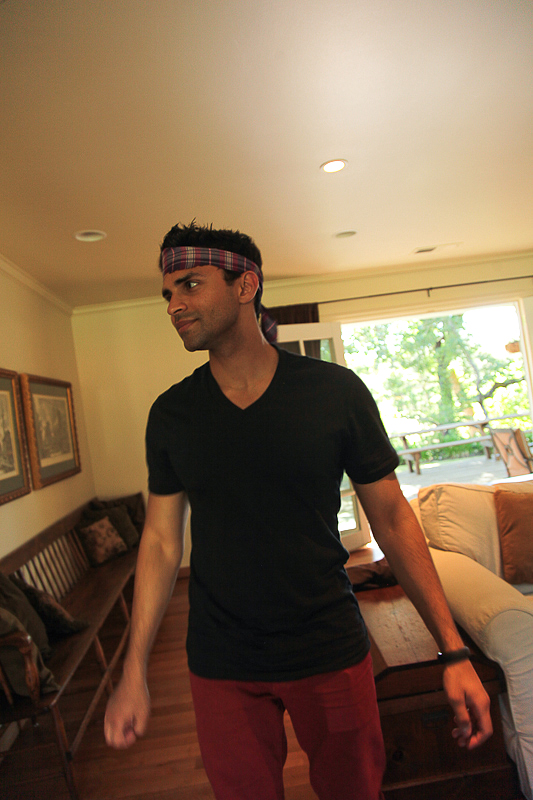 We started by tying weird random bandanas around all their heads (you’ll see why later), letting them know there would be a fun treasure hunt, and telling them they had to work together to solve the puzzles.  They warmed up with some Anagrams and Acronym clues (no pictures sadly), and gathered a few little clue boxes (this is important later), and then got to a poem:

There’s nothing I’d rather be,
Than a mockingjay in a tall tall tree

But with no wings how do I fly
To a perch that is so high? 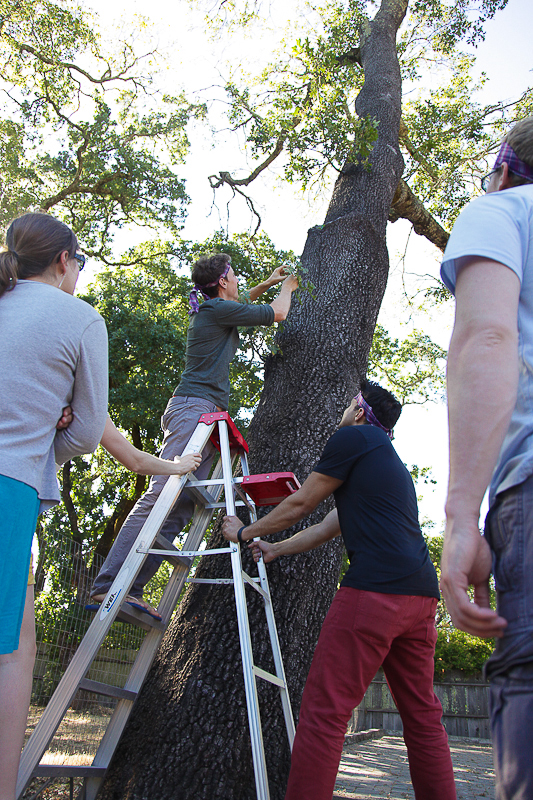 However, there was no ladder there at the time, and the garage was locked.  The key had been found in an earlier clue, and they had to put 2 and 2 together!

A few clues later they were downing some horrible drink and then using a code on the bottom of one cup to decode the message in the rest of the cups: 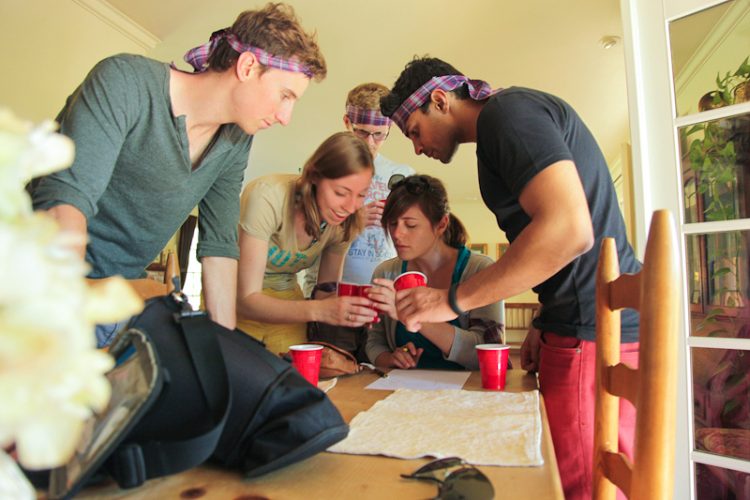 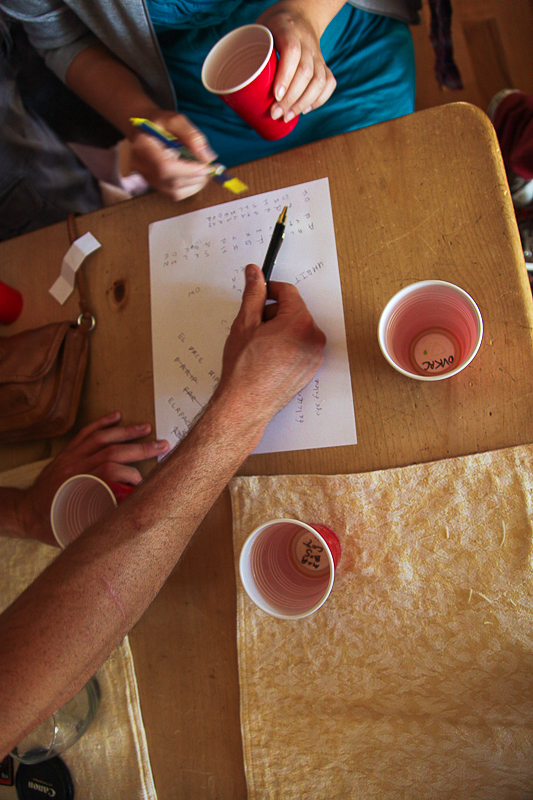 Decoded it read “Go to small metal shed”.  Off they ran to the bottom of the garden! 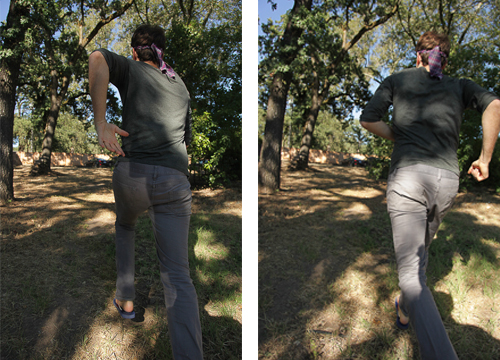 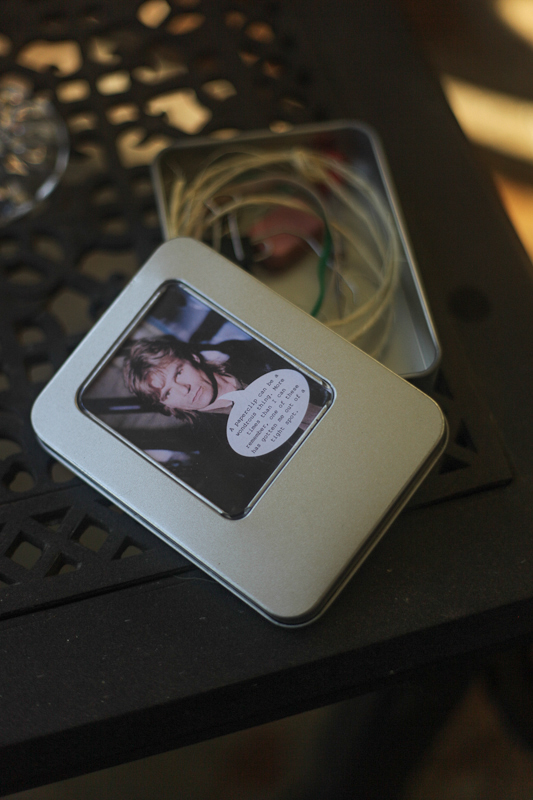 Magnetized to the edge of the shed was a tin box, with a photo of Macgyver and the quote “A paperclip can be a wondrous thing. More times than I can remember, one of these has gotten me out of a tight spot.”

Inside the box was a piece of twine, an eraser, a paperclip and some other random knick-knacks. The top of the tin reads “Grate job! Parking lot. MacGyver.” 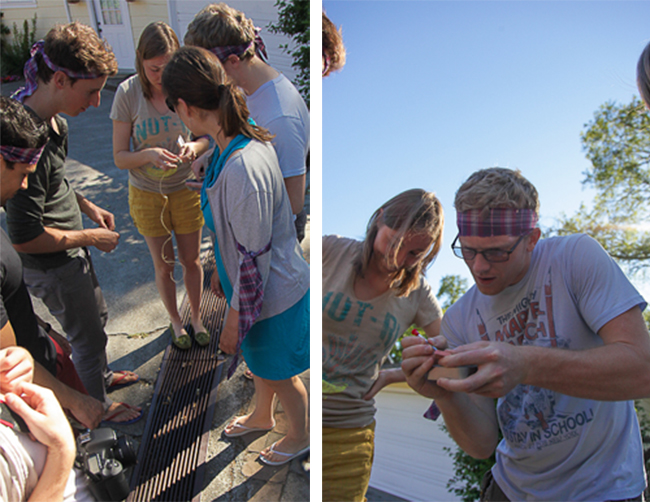 So, after a bit of head scratching, off they went to the grate in the front yard parking lot (I bet you thought I just spelled Great wrong, huh?).  After trying some funky plans using the eraser (a red herring!), they took the twine and paperclip and fashioned a fishing hook to fish out the next clue lying at the bottom of the grate! 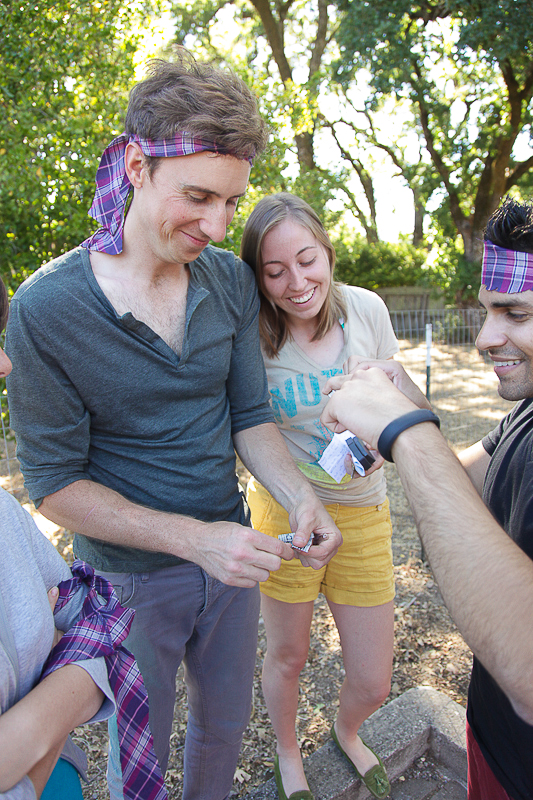 Goodness, what does it say?  Find out on the Next Page: