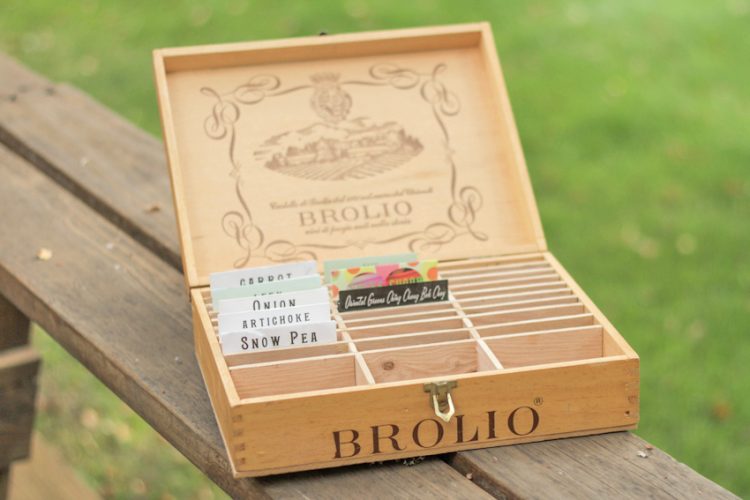 I love gardening, but up until now have been keeping my seed packets stuffed into a ratty paper lunch bag.  I decided it just wouldn’t do!

So I set about creating a wooden seed box to store all my seeds.  I started out with an old wine box—it looks like it was used to ship Chianti in.  I’ve seen other boxes like it at the thrift store, so if you want to make one too keep your eyes open!

Here’s what I did: 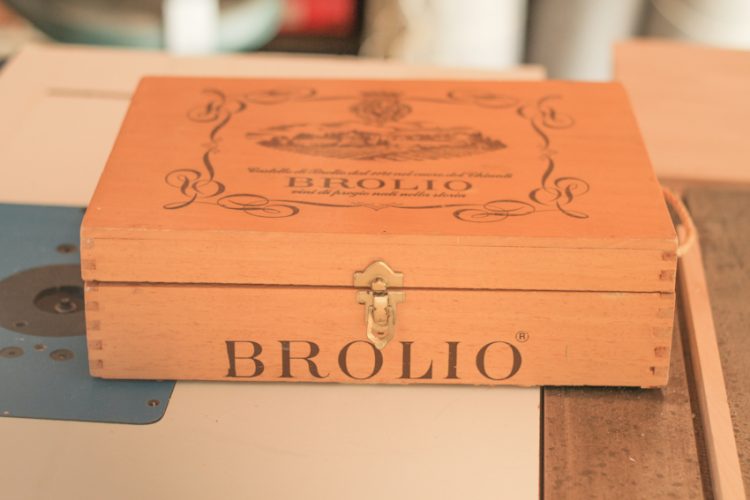 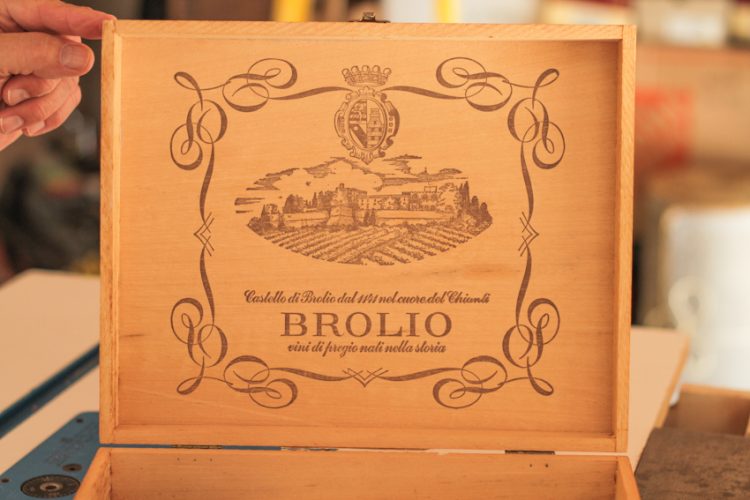 I absolutely love the vineyard design on the inside. 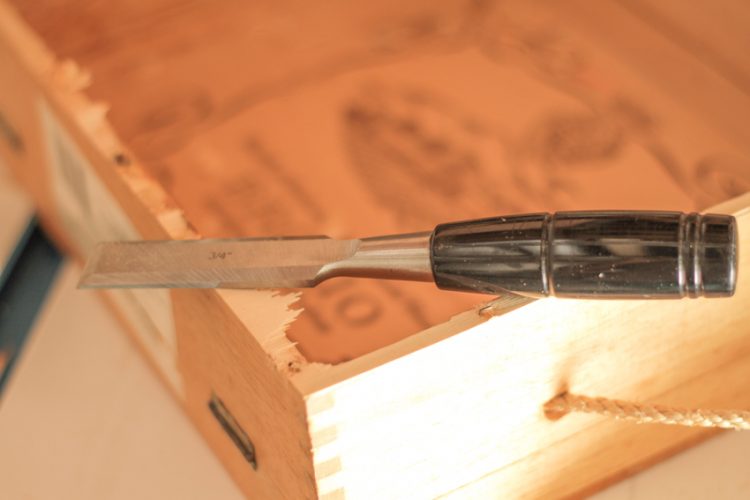 Unfortunately the bottom of the box had a stain on it. So I pulled/scraped it off. 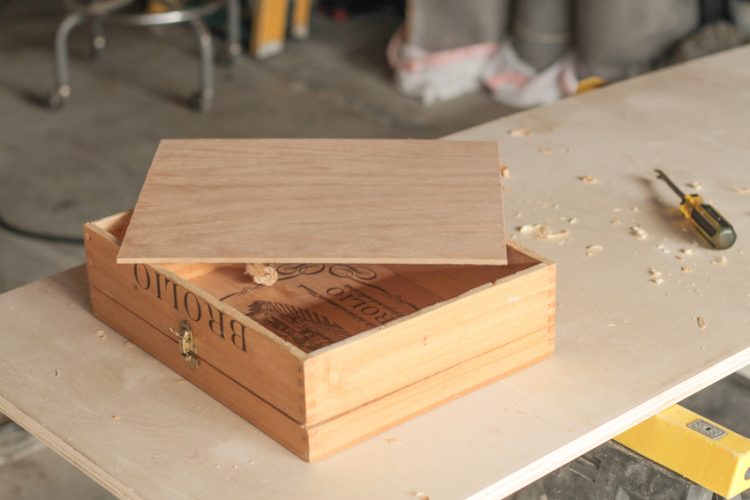 Here’s the new bottom. It’s a nicer wood than the old bottom anyway, which was warped and felt cheap.

So the next thing I wanted to do was create little vertical cubbies, where each packet of seeds could sit.  For thin seed packets, I wanted to fit 2-3 packets in there (so for when I have 3 different types of carrot seeds, they’d all go in the same cubbyhole).  For thicker seed packets, I wanted wider cubbyholes, that could just fit the single fat packet in there (like for snow pea seeds).

To do this, I cut wood dividers that fit across the width of the box, that were the same height of the box. 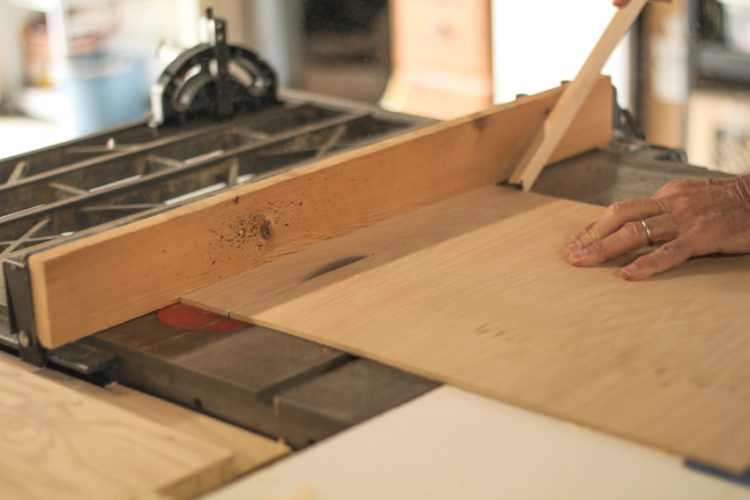 As I am a klutz, I had some help with the table saw 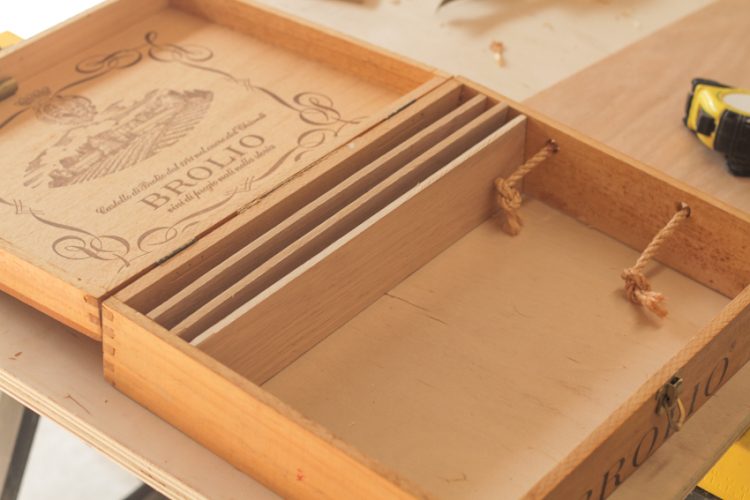 Testing out the dividers 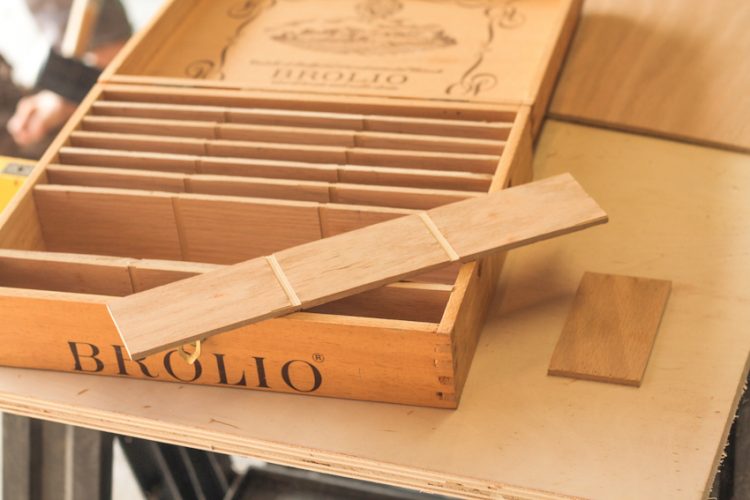 After some fiddling about, it seemed that the best way to create dividers going the other direction would be in a Lincoln-Logs manner, with grooves to slot the opposing pieces into. These were cut using the table saw as well. 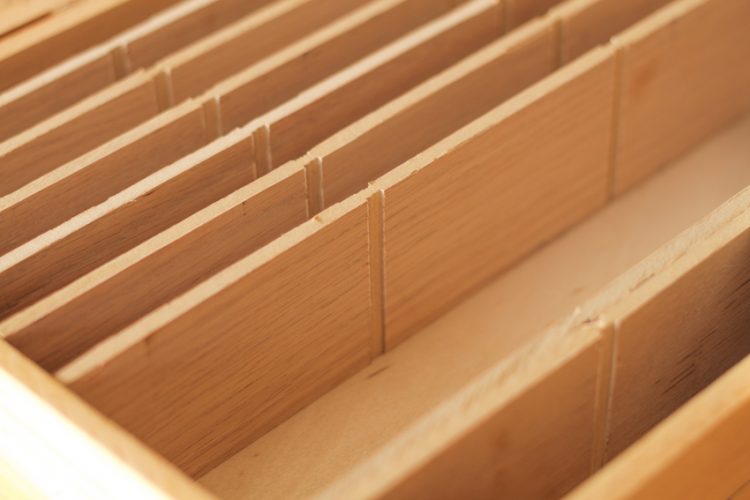 Close-up of the grooves 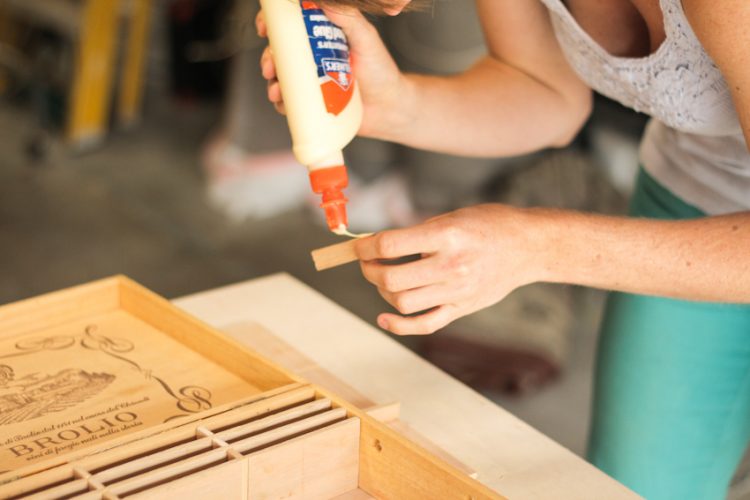 Next I had to glue the other-direction dividers into place. 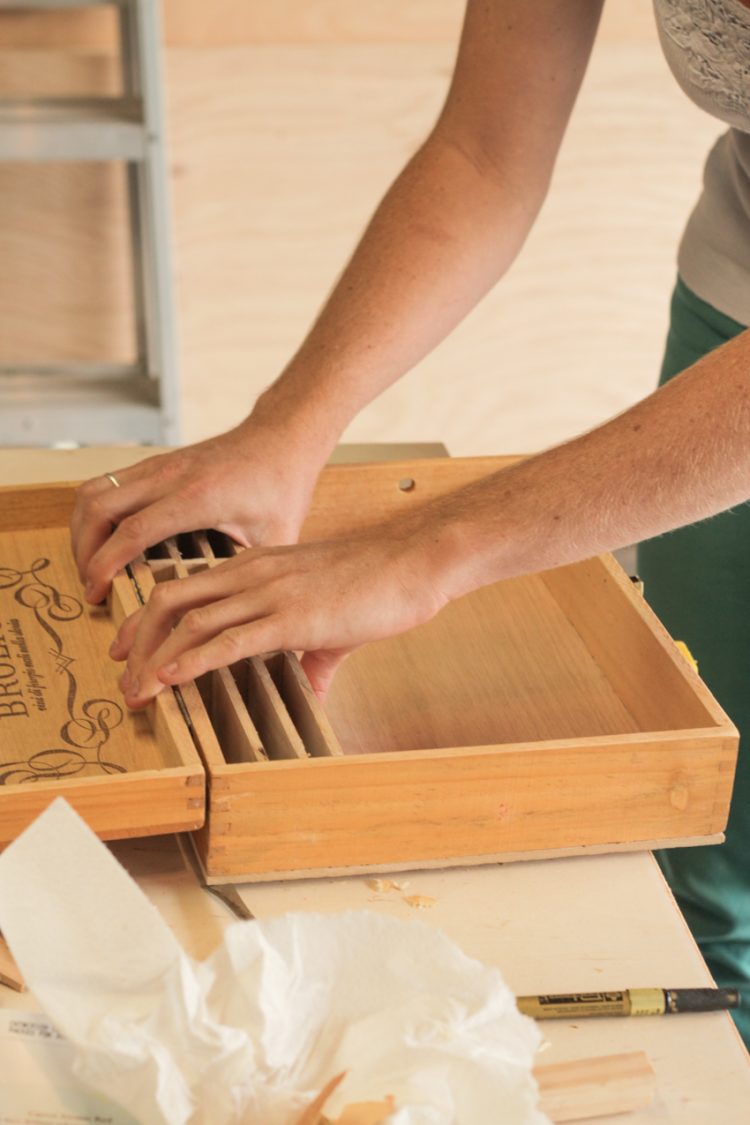 Holding the dividers in place until the glue dried 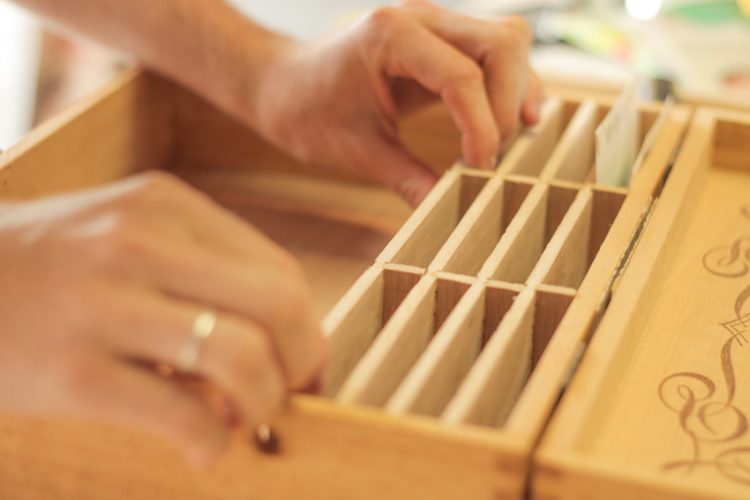 Final testing to make sure they were stuck on straight

And that was pretty much it!  I filled the whole box with dividers, thin ones at the back and then a couple wider ones at the front. 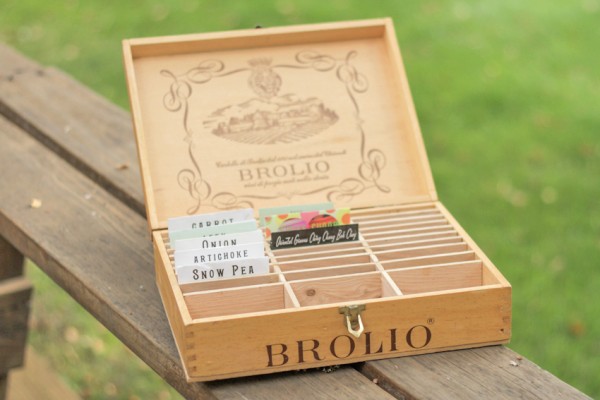 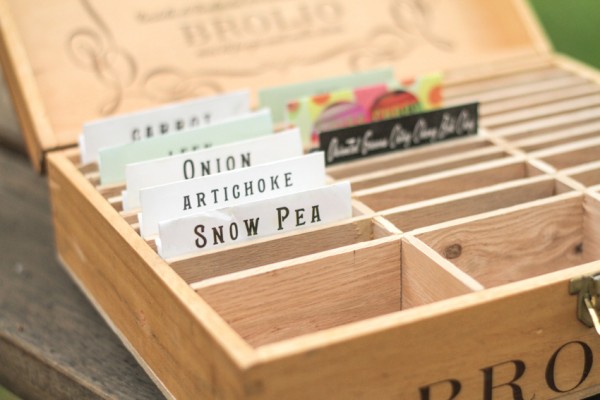 I have also attached a little rope handle to the side so that I can carry it around like a briefcase, but I don’t have any photos of that (yet).

ps. If you want to make your own seed packets to put in the box, check out this awesome blog post over at Abernathy Crafts.